Is Kennedy Accounts a Scam? It Sounds Like Fiction To Me

Is Kennedy Accounts a scam or not? What are the Kennedy Accounts and what do they really mean? I’ve seen a lot of questions being asked about this, so I really wanted to take a look at it too. Some big money is being promised, but is it for real, or is something else being sold here?

We’ll launch into the review shortly, but first I wanted to say well done on being here. I say that because you obviously look into things and do some research before joining anything. That’s smart, and a tactic that’ll likely save you from ever falling for an online scam.

Now read on to discover the truth about the Kennedy Accounts…

For many years now I’ve been making a living entirely from the internet. For me that’s a dream come true, because I love being able to do things my way and actually earn money from home. This wasn’t really possible before.

Nowadays loads of people are making money online, either part-time or fulltime, and people go online every single day searching for opportunities. And the awesome thing is, the internet operates 24/7/365, so we can make money at any time.

Too many scammers also go online unfortunately, and they target people looking for legit opportunities. If you’re not careful and don’t do your research, it can be quite easy to fall for their hype and fake promises of big dollars in quick time.

That’s the very reason I write so many reviews on my site about make money schemes and any training that claims it’ll show you how to make money. It’s through reading reviews that we can avoid obvious scams, time wasting schemes and actually find the good stuff.

It’s the whole purpose of my website: Helping others find legit ways to make decent money, especially online, and reviews really help with that.

There was so much chatter online lately about this Kennedy Accounts deal, so I felt compelled to research this one and write a review on it.

So let’s get into the Kennedy Accounts review and see what the truth really is.

Click below if you want to make some REAL money online!

What Is Kennedy Accounts About?

So what’s this about? Bank accounts attached to the famous Kennedy family?

Jeff then goes on to say that he is going to reveal a secret to us viewers that has been “kept hidden from everyday Americans for 54 years”.

This secret will pave the way for us to transform small investments into massive dollar gains.

Anyway, before we get right into this, who exactly is this Jeff Yastine guy?

Apparently he’s a very experienced stock market investor, as well as being a respected financial journalist for the past two decades. For 15 years he anchored a show called “PBS Nightly Business Report”.

He’s the real deal it seems, but what are these Kennedy Accounts he’s trying to entice us with?

According to Jeff in his video, John F. Kennedy actually made the Kennedy Accounts scheme possible, where anyone is able to open up a Kennedy Account, which then gives the account holder the potential to make bucket loads of cash.

Also according to Jeff, other big names such as Warren Buffet and Bill Gates have also used the Kennedy Accounts strategy to turn huge profits.

For many years this was a heavily guarded secret and is only now being opened up to the general public so everyone can profit. There are even testimonials interspersed throughout the video with everyday people who claim to have made 6 or 7 figure profits with the Kennedy Accounts.

According the Jeff it’s been the federal US government that’s wanted to keep a lid on this money making scheme. The government didn’t want everyone knowing about it, but now it’s been leaked and the flood gates are opening up.

This all sounds kind of intriguing in theory, but the reality is actually something entirely different.

If you want a real way to make money online that doesn’t require any investment other than some time, then do what I do to make a fulltime passive income. Click here for more info.

So What’s Kennedy Accounts Really All About Then?

In all honesty there’s really no such thing as the Kennedy Accounts, or not by that name anyway, because it’s a term that Jeff Yastine himself came up with. The real name of the stock investments Jeff is referring to in his video pitch is “DSPP” or “Direct Stock Purchase Plan investments.

So what are those then?

When you invest in DSPPs you don’t have to pay any brokerage fees if you purchase any shares in a DSPP company, as you are actually buying the shares directly from the company itself and therefore bypassing a broker.

Jeff likes to call these investments the Kennedy Accounts because it was JFK who actually passed a law that allowed this kind of investment to happen.

So why is Jeff telling us about these DSPP investments and filling our heads with all this Kennedy Accounts stuff? What’s his goal? What’s his motive?

It’s all about something called “Total Wealth Insider”.

What Is Total Wealth Insider?

This is a monthly newsletter that offers tips and advice for stock market trading and investing. It’s very similar to some other financial newsletters that I’ve recently reviewed, such as:

To subscribe to this newsletter you have to pay, and you can either receive the material in purely digital format, or pay a bit more and receive hard copy versions as well.

Each month Jeff will send you his newsletter with the latest and hottest investment tips, as well as industry news and what’s happening in the markets.

For more crucial updates that can’t wait a month until the next newsletter is distributed, you’ll receive text message updates when some stock is really moving and you should jump on it while it’s hot.

Jeff is even offering a money back guarantee with his newsletter. He states that if you subscribe and don’t make at least $10k by following his advice, he’ll refund your subscription fee.

There’s no mention of how long this money back guarantee lasts, whether you have to make $10,000 in one week or 100 years. Who knows?

If he means it and honours it, then that’s a good thing.

Copy how I make $1000s a month every month online! 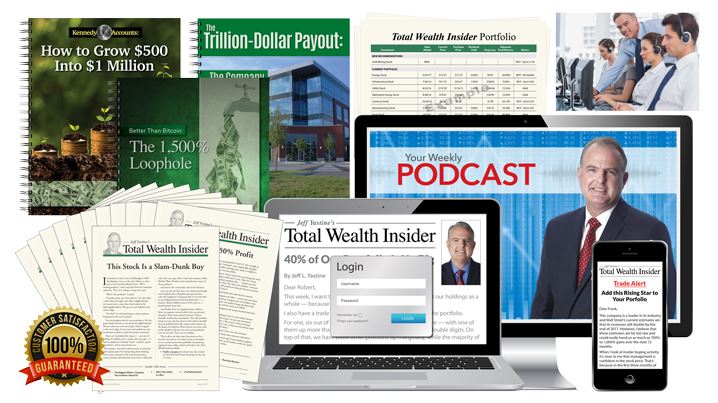 Are There Really Limited Spots Available?

Not likely, despite the fact that the video and sales page states that spots on the newsletter are limited to just 1000 people.

The sales gimmicks these newsletters use to hook people in are all designed to get people to pay and join the newsletter. There’s no way they are going to be limiting the amount of people who might be willing to spend their money to join.

It’s just fake scarcity tactics to get people to hurry up and pay up and join, for fear of missing out.

You never miss out.

Every time I come across one of these stock trading and investment newsletters, it always amuses me what type of hook they use to lure people in so they’ll subscribe.

I mean, Jeff here invents the term “Kennedy Accounts” and makes out like it’s some highly guarded government secret to making loads of cash.

It’s nothing of the sort. There’s no such thing. The Kennedy Accounts is just a gimmick to get everyone’s attention and then hopefully have some people pay to subscribe to a newsletter that’s not even related to the sales gimmick.

It’s a really weird way to sell something.

Anyway, Kennedy Accounts, or rather the Total Wealth Insider newsletter, is really geared towards stock market traders and investors who are looking for some advice on what to trade on and when. It’s not really targeted at just anyone and everyone like the sales pitch makes out.

How Much Does the Kennedy Accounts Scheme Cost?

It costs $47 for a 1 year subscription to the Total Wealth Insider newsletter if you want the digital only version. To get it in hard copy as well, the price is $129 for a 12 month subscription.

Once you’ve been subscribed to the hard copy version for a full year, it’ll renew at the reduced price of $97. 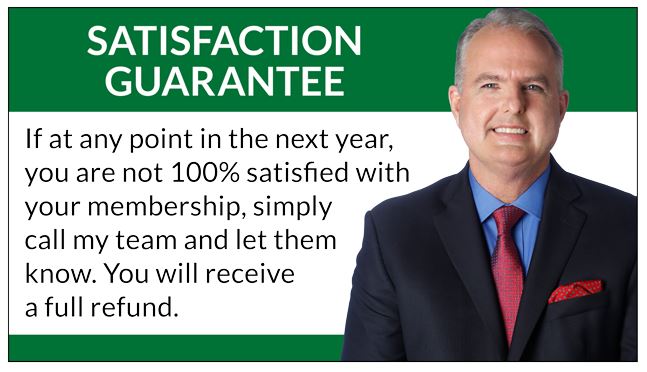 Is Kennedy Accounts a Scam or Legit?

The Kennedy Accounts is somewhat of a myth, but the newsletter they’re selling here is real enough.

Now while the newsletter may contain some decent advice for stock market traders and investors, I really don’t like the way these companies dream up these ridiculous and rather deceptive sales pitches just to get attention.

I’d much rather they just be honest and upfront about what they’re really peddling. It’s just wasting peoples’ time crapping on with all this other garbage.

Anyway, I think the newsletter is “okay”, but I really just don’t like the sales tactics being used here.

If you’re a stock trader then maybe this is worth a look, but otherwise, give it a miss.

Wanna Make a Great Living Online? I Do and So Can You!

Even though the Kennedy Accounts didn’t really amount to much, there are far better ways to make some money on the internet from home.

If you are shown what to do by following some good training, anyone can make money with this.

For quite a few years now I’ve been making more than a fulltime income online, but the really great thing is, I don’t have to work fulltime hours to achieve that amount of money.

You can do this as a side gig, or you can aim to make it your fulltime income earner like I do and countless other people around the world do.

If you were making a fulltime income from affiliate marketing, you will experience the following life benefits:

With this gig you’re no longer trading your valuable time for money, so therefore there are no limitations on the amount you can potentially earn with this.

If you want to make a change in your life for the better, then you have to be doing something that can make that happen. Affiliate marketing worked for me.

I’ve taken the time to write and compile a guide to help my readers learn more about getting started making money online. You can read it by clicking the banner below.

I offer a very simple explanation of how affiliate marketing works in my guide, as I realise not everyone knows what it’s all about. I also cover even more of the many benefits that having an online gig from home will add to your life.

The second part of my guide introduces you to the awesome training that I did and recommend to my readers. It led to my own success and it’ll do the same for you.

Best of all you can join and get started for FREE, so put that credit card away and try it all out with no risk or money down.

« Are “Congressional Checks” a Scam? Bait & Switch Tactics! MUST READ! » Is Cash In On That Passion a Scam? CTP Today Review