Is Reward Survey a Scam? It’s Not What It Seems!

Is Reward Survey a scam or legit? That is the very question so many people have been asking about this paid survey platform. While it’s possible to make some money with paid surveys, is there any money to be made with this particular survey platform?

Let’s take a closer look and uncover the truth about Reward Survey…. 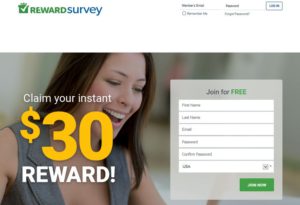 Because of access to the internet and a global marketplace, there really are so many ways to make money from home these days. One way people make a little bit of extra cash is by doing paid surveys. Now while there is good stuff online, there is also stuff we need to avoid as well.

I was seeing people mentioning this Reward Survey platform a lot on social media, so I wanted to take a look at it myself and write up a review on what I uncovered.

Much of this website is focused on discovering what works and what doesn’t by researching make money online products and training and writing product reviews. This helps both myself and my readers know what’s hot and what’s not.

Unfortunately there are a lot of scammers online just waiting to take our money, so it’s important to avoid these leaches so we can get to the good stuff that works.

It’s so good that you’re here reading my review. You’re wise and do your homework before joining anything, which means you’ll probably never get scammed.

Let’s now see if Reward Survey is any good or not.

Surveys really don't pay much. Click below for something better…

What Is Reward Survey?

Over the years I’ve been a member of quite a few paid survey sites. Most are legit and you can actually earn small amounts of money for your time, or even some handy gift cards.

This company claims to have paid out over $90 million dollars in rewards so far. If that’s true, then that’s incredible. However, I seriously think it’s all sales BS to hook people in.

You’ll also find that upon landing on their website, there is very little in the way of information to access before you actually hand over your details and join the platform.

When Reward Survey popped up and claimed we can get $30 just for joining their site, it got me interested, as well as curious about whether this was a legit survey platform or not (as some aren’t).

As you look further into the $30 bonus they mention on their site, you discover that you must first fill out a very simple 2 minute survey to “earn” that $30.

I mean, who doesn’t want to make a very quick and easy thirty dollars, right? 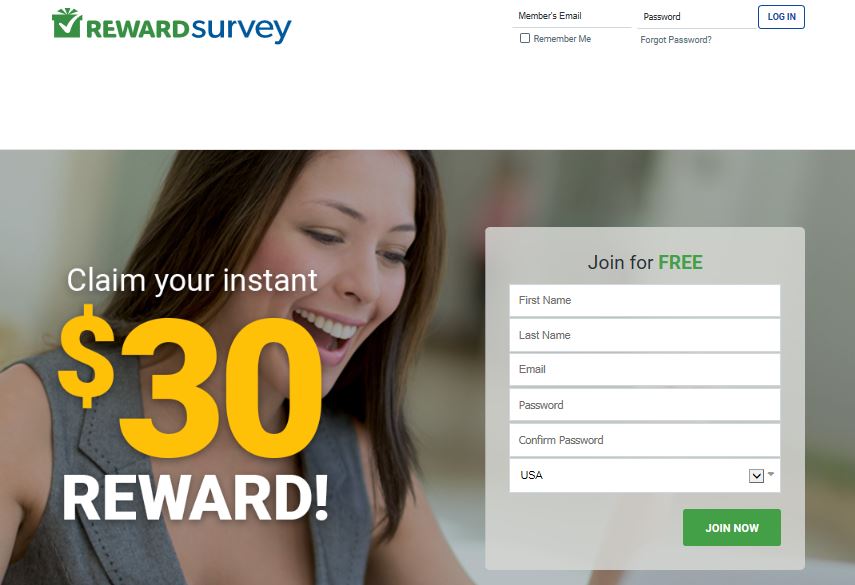 What Reward Survey promise – which is a little different to various other survey platforms – isn’t cash money. They also don’t promise to reward you with gift cards and the like which aren’t worth very much.

What this platform promises is BIG rewards (not cash) in return for your time and effort helping various companies with their market research by completing paid surveys online.

In other words, instead of paying out small amounts of cash, or offering rewards that really aren’t much value, they want to reward people big time with other types of rewards which they consider more valuable.

If you want to make some real money online that can even lead to being more than a fulltime income, then do what I do and give affiliate marketing a go. I live the laptop lifestyle because of my affiliate marketing business and can work wherever and whenever I want.

It’s pretty easy to get started on the right track and earning when you follow the awesome training at Wealthy Affiliate. You can even create an account for FREE!

The first step is to create a free account with Reward Survey, and then go on and fill out the short 2 minute survey.

Lo and behold, they do actually credit your account with the promised $30 as soon as you have completed these simple, initial steps.

This initial survey has to be completed no matter what before you can gain access to the rest of the platform. The idea of it is to get some further information about you, to better match you up with paid surveys.

That’s the theory anyway, and  this is very common on just about all paid survey platforms.

For some reason this site restricts members to being 18 years old and above, something I haven’t seen before.

Once you get past this first phase, the site suddenly starts getting rather interesting in a weird and unusual kind of way.

You see, now they start asking what appear to be loaded questions about stuff you like, or wear or use.

Why do they do this? 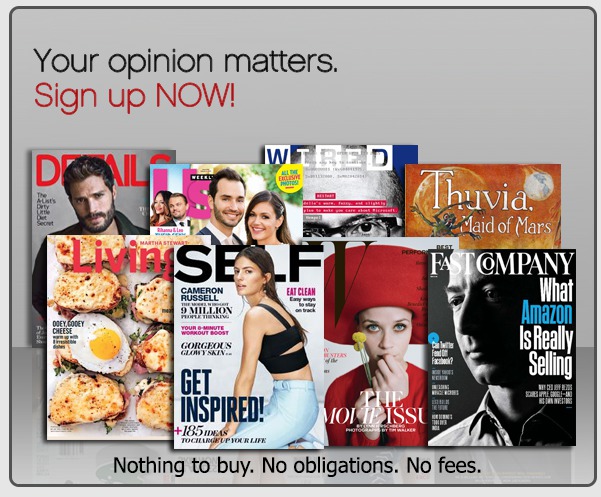 If you were to spend precious time completing surveys, then you want the rewards to at least be somewhat worthwhile, and something useful.

If you look at the Rewards page on their website, the only things you can get are magazine subscriptions, whether it be for watch lovers, business, fashion, surfing or whatever.

There’s nothing else there.

Now, if you take them up on an offer of a “complimentary” magazine subscription, you’ll soon discover that it’s not totally free at all. You’ll be asked to pay a small 99 cent processing fee, which Reward Survey claims helps them to keep offering such great deals to members.

Copy just how I make $1000s a month online in passive income!

Now 99 cents might not sound like much, but it would soon add up for the person running this website if tens of thousands of people joined.

Now why do they really want to charge people a meagre 99 cents?

Partly for some income, but mostly so they can get their hands on your credit card details. This way they can renew these so-called “free” magazine subscriptions and start charging you full price for them, which is on average $30 per 12 monthly issues.

Also, now armed with your credit card information, these people could then potentially start charging various other things to your card.

That’s kind of a scary thought when this apparent survey platform doesn’t really offer any surveys or conduct any market research on behalf of legit businesses and companies.

Instead it’s all focused on some BS about offering big rewards, then getting you to sign up for magazine subscriptions that are free, so long as you pay the 99 cent processing fee and hand over your financial details to them.

This is nothing more than a con job to squeeze money out of people under the ruse of being a legitimate paid survey platform.

It’s far from being a regular survey platform and I sincerely doubt whether anything is very legit on this website.

Yes, you do get the promised magazine subscription, but not because they’re being generous or honouring a promise. Their motives go deeper than that.

Obviously this one is aimed at people who are looking to make a little bit of extra cash in their spare time by doing surveys. That’s entirely possible on a real survey site, but it won’t happen with Reward Survey, becaus eit's a bogus survey site.

They don’t pay any cash whatsoever, there are no gift cards. All there is are magazine subscriptions that most people probably don’t even want; especially if the goal was to make some actual money, money you can spend.

You can’t spend magazine subscriptions whether they’re really free or not.

How Much Does Reward Survey Cost To Join?

It’s completely free to join the Reward Survey platform. Signing up is a quick and easy process, and so is filling out that initial 2 minute survey.

However, there are going to be costs involved, starting out with that 99 cent processing fee for your first “free” magazine subscriptions for 12 months.

And who really knows in what other ways this platform will cost you money down the track? Renewed magazine subscriptions is just one way.

Is Reward Survey a Scam Or Legit?

It’s kind of a scam in a way, because Reward Survey really has very little to do with filling out surveys for genuine rewards.

The only rewards on offer are for magazine subscriptions which most people probably don’t really want in the first place.

I mean, people generally join survey platforms so they can earn some real cash, or at the very least some gift cards that they can then redeem for stuff they do want.

There is none of that on offer here. Nothing at all. Just magazines and that’s it. You can’t feed your family or pay the mortgage with magazine subscriptions. Not that you could do either of those things with genuine paid surveys either, as they just don’t pay enough for your valuable time.

But the point is, there’s nothing of value on offer with Reward Survey, and they are basically conning people out of their credit card information by pretending to be a reputable and genuine paid survey platform that helps companies conduct market research.

It’s all a bit bogus and worthless in my opinion, and really not worth bothering with.

Even though Reward Survey is not any good, you can make money with legit survey platforms, just not very much money.

A far better alternative for making a really good income online is to do what I do, and that’s affiliate marketing.

Anyone can do this little online business successfully if you do some training that shows you the shortcuts to success.

Affiliate marketing gives you total freedom with both money and time, as it creates residual and passive income streams. This is true financial stability.

Another great point is that you can get started with virtually no money and also run your online business for next to nothing. Do it on the side, as a fulltime income earner, or potentially even get wealthy from your online business. It’s all possible because there is no ceiling on how much you can earn.

Do you have 5 minutes you can spare to read my make money online guide? It’s a complimentary guide to help you get started, and you can read it by clicking the banner below.

The very reason I wrote this guide is to explain just how simple affiliate marketing is and why it’s such a good choice. I also cover just a few of the key advantages to running a simple online business from home.

Along with this I recommend the same affiliate marketing training I did. I know it works because it worked for me and thousands of others. Best of all, you can join for FREE and no credit cards are required to get started!