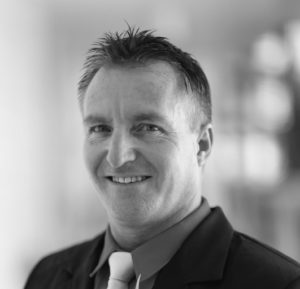 Hi. My name is Darren.

My website you are visiting is all about helping people make money online while avoiding scams in the process.

I currently live the laptop lifestyle, where I work for myself from home online or anywhere I like. It’s a dream lifestyle that many people are aspiring to these days and it’s entirely possible if you know how to set it up.

Much of my online income is either residual or passive, which is the best kind of income to have.

Because this kind of income allows you to have lifestyle freedom of both time and money. It also means you are no longer trading time for dollars (like a job), and there is no limit on your earning potential.

One of the main reasons I’m able to live a life of freedom is due to the awesome training I did at a place called Wealthy Affiliate.

If you want this kind of life, then there’s nothing stopping you from having it too.

My Background In Brief

Before embarking on my internet adventure, my previous work history involved a number of sales jobs or positions where I was doing promotions. I always kind of liked the idea of being able to make more than just a set wage, and sales often gave me that possibility.

When the internet came about I didn’t really pay it that much attention. I certainly didn’t view it as a new realm in which to make money. Over time, though, as the internet evolved, I started hearing more and more about people making money online.

Not just some money, but BIG money; especially in the early 2000s around the time of the tech boom.

This got me really interested in checking it out further.

eBay was the first thing I did to make some money online. I wasn’t making much with it, just selling off a few things I didn’t want anymore, but it proved to me that there were dollars to be made and the money was genuine.

It almost seemed unreal at first, receiving money in my new PayPal account. I was pretty much hooked on the internet after that as a way to make some cash.

I cringe when I think back to the first website I ever created, but at the time I was quite proud of it. It was created with the old Microsoft FrontPage program. In hindsight it looked pretty amateurish, but I was still happy that I’d managed to build it.

It was an art and photography website – 2 things I was into at the time. Basically I was trying to sell art and photos from my site, but really the only money it generated was from Google AdSense ads I had on each page.

Still, it wasn’t a failure in my eyes, as I learnt a lot and made a little bit of coin.

I created a few more websites with FrontPage over the years, and I even managed to buy a script and make an article directory, which were all the rage back then as a way for people to get backlinks to their websites by writing articles. It helped people achieve high Google rankings.

Things have changed a bit now. Backlinks still play a role, but search engines don’t pay much attention to article directories anymore as they were exploited.

And Then Came eBooks

I started writing and publishing eBooks online back in 2010 when they were really starting to gain popularity. Amazon’s Kindle platform was my main source of revenue, along with other sales channels such as Apple’s iBookstore on iTunes.

The eBooks made me really good money for a few years and I was loving all this residual income that was flowing into my account every single month.

The market became very saturated though, and to compete, many authors started either pricing their books super cheap, or even free. It’s still that way today.

Having said that, my books still remain a genuine source of passive income. Each month I make money from stuff I wrote up to 8 years ago.

I still kept writing books, even though competition was high. During this phase I kept my eyes open for other opportunities to make money online. I realised the trick was to create multiple sources of income, rather than rely on just one income stream.

There are a lot of make money scams online. While I never got sucked into any, I did spend countless hours researching various opportunities and watching long-winded sales videos that really told me nothing of value.

The only way to get to the “meat” of the information was to pay up, and I wasn’t prepared to do that with anything I knew very little about. Legit programs and schemes will tell you what they’re about before you join.

Anyway, the end result was I wasted a lot of time chasing the shiny objects and schemes that sounded “too good to be true”.

There are no get rich quick systems out there, and any “guru” that claims to have one is either trying to scam you, or has more interest in making money out of you rather than genuinely helping you make money online.

Affiliate Marketing Was Next

It was 2014 when affiliate marketing really started to get my attention. Sure, it had been around for many years before that, but I’d never really paid much attention to it.

I’d dabbled in it a little, promoting me eBooks with affiliate links on places like Facebook and Twitter, but that was more about earning more from my book sales than actual affiliate marketing.

In 2014, though, I did a lot of research into affiliate marketing and it really got me keen to try it in a big way. There was one major problem though.

Even though I’d learnt a fair bit about it, I still didn’t really know how to get started or the right way to go about it. The information I had was all bits and pieces and wasn’t really making total logical sense to me.

I realised I needed a proven blueprint to follow.

The Training I Did

That’s when I started my search for the best affiliate marketing training.

There is quite a bit out there, so even making a choice on that seemed confusing at first. Some training platforms were even scams, so I wanted to avoid those.

I kept reading about a place called Wealthy Affiliate. A lot of people were recommending it as the best place to learn how to set up a successful online affiliate marketing business. The other thing that really got me interested in Wealthy Affiliate was that you could join for free and see what it was all about.

No other platform was offering a free membership.

When I joined I didn’t even need to give them any credit card details. Just a few basic details about myself and I was in. You can stay a free member forever. There’s no time limit, but to truly make the best of the training and the business opportunity, I knew that upgrading to a paid membership was the way to go.

Immediately I was hooked. I knew I was in the right place.

I started doing the training and found it really easy to follow. The lessons are a mix of both text and video and you can do them at your own pace.

Everything finally was making sense in the world of affiliate marketing once I joined Wealthy Affiliate. I felt like I had the direction I’d been looking for.

Joining is one of the best decisions I’ve ever made.

The community at WA is so positive and helpful as well, which is what you need; especially when you first start out. I still learn something new every day from others members.

Because of Wealthy Affiliate I now make more than a fulltime income online, much of it passive. It’s given me the lifestyle freedom I’ve always desired and I wouldn’t have things any other way.

Something else I do, which also enables me to make some extra cash online, is music production. It’s one of my passions.

Music licensing is my main focus, producing instrumental tracks that can be used in movie scores, movie trailers, video games and all sorts of projects.

Along with the cinematic stuff, I also enjoy creating dance music for Spotify and iTunes.

If you want to check out some of my music, there is a link to my music website below.

The Internet Is a Global Market

The internet never sleeps, and as an affiliate marketer you have the potential to make money 24/7. Each day when I wake up I’ve made money while I’ve been sleeping, and that’s pretty awesome.

This isn’t a fantasy. I live the true laptop lifestyle and you can too.

The whole idea of my Laptop Freedom Living website is to point people in the right direction when it comes to making money on the internet, while avoiding the scams in the process.

Let’s all make money online and enjoy the laptop lifestyle of time and money freedom.

You only get one life, so live the dream!