In a minute we’ll dive right into the review, but to start off with I wanted to say congratulations for being here. Many people end up falling for scams on the internet simply because they don’t do their research before joining.

You’re one of the smart ones. Chances are you’ll never get scammed online.

I’m not associated with The Job Quitter System in any way, so this is a totally unbiased review.

In order to help people find legit and honest ways to make money on the internet from home, I created my Laptop Freedom Living website.

I already pull in a fulltime passive income from the internet that allows me to live the laptop lifestyle. I now want to help others do the same.

Even if you just want to make some cash on the side in your spare time, you’ll find legit ways to do it by reading the content on this site.

We can all make money from home these days, or even start an online business. Plus, with the internet offering up a global marketplace, it’s possible to make money online 24/7/365.

One of the major negatives about the online space is all the scammers who float around online. They present their shiny, too good to be true money making schemes, and then can’t deliver on what they promise.

We all have to be careful of this when searching for genuine options.

Not to worry though. You’re already doing the right thing by reading this review, as product reviews are one of the best ways to sort the good stuff from the bad. That’s why I research and write so many. I’m here to help.

Recently I kept seeing mentions of a system called The Job Quitter on social media, so I decided to look into it and write a review on it.

So let’s now see if The Job Quitter System is worth it or not.

What Is The Job Quitter About?

A guy named Richard Harper is behind The Job Quitter System. In his sales video he makes the claim that it’s a “secret system” and that we can all be making about $3000 or more a day if we just do what he’s doing.

All we have to do is agree to join his scheme, pay our joining fee, then he’ll reveal all his secrets to us so we can be milking this cash cow for all it’s worth.

On top of the fantastic money he says is on offer, apparently we hardly even have to put any effort in, just a few short minutes a day.

I’ve been making money online in one form or another since 2004, and in all that time I’ve never come across any online money making scheme that makes big daily dollars with no work required. I’ve also never come across a “secret system” that really offered anything new.

It’s all just hype and sales/marketing BS to get you to hand your money over. 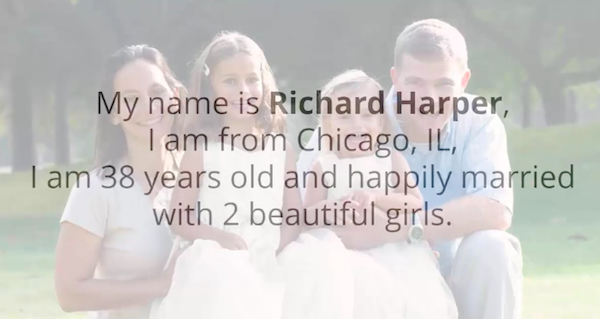 These are fair question and the reason is what I stated just a minute ago. Hype up the scheme and get people to cough up $47 to buy into it.

That’s where Richard is making his money!

I make more than fulltime passive income online, but not by joining some hyped up scheme like The Job Quitter. Click here to learn how I do it.

How Does The Job Quitter Really Work?

The Job Quitter System is promoted as a push button solution to making money online from home. All you have to do is tap a few buttons on your smartphone/tablet, or click the mouse on your computer a few times and you’re away.

His money making scheme allegedly takes advantage of some loophole he discovered in Facebook ads, Google ads and social media in general, where he can get free advertising.

This reminds me of another scheme called Facebook On Fire.

When you go to the website you aren’t presented with a lot of information on what this is all about or how it works, which is another red flag. Even after watching the sales video you are left none the wiser.

All you hear about is making big dollars and how easy it all is. Richard fails to tell anyone what they’ll actually be doing to make all this fantastic money on autopilot.

Richard says you can replace the income from your regular job within one month with his scheme, and he even promises to pay you a cool $500 just for sitting through his sales video. I’ll talk more about that in another section.

Unfortunately we don’t really know how all this really works as Richard refuses to tell us anything of substance until we hand our money over to him.

He shows us a bunch of his own income proof from his ClickBank account, but that stuff’s easily fabricated in image manipulation software, so it doesn’t really prove anything.

The fact that he doesn’t want to tell us how this works and just wants to get us excited about the income potential alone is more than enough to put me off this and warn people away from getting involved.

With any legit method of making money online, the creator would be happy to give you some details regarding what you’ll be doing or learning. There’s no reason not to.

Otherwise it’s a bit like applying for a job that’s been advertised, yet you have no idea what the job will be about or what you’ll be required to do. Only this is worse because you have to pay.

It’s pointless. This Richard guy is just after your money. He won’t tell you what’s behind the scenes because there likely isn’t much there at all, and if he revealed his thin and flimsy system to you upfront, you probably wouldn’t bother paying him for it because it’s not worth the asking price.

Do You Really Get $500 Just for Watching the Video?

This ploy is actually used quite a lot. They just want you to first sit through their long-winded sales pitch, then at the end of it, you still don’t get the promised $500 until you actually buy the system.

The $500 ends up being a belated money back guarantee in a way. What he claims is that he’ll give you $500 if you fail to make $500 within the first 2 months of using The Job Quitter System.

Would he really honour that promise?

I highly doubt it, but I guess it’s possible.

Chances are you’ll find there are a bunch of expensive upsells once you join, and if you don’t buy them all, that’ll be Richard’s ticket out of refunding you $500.

Fake scarcity is becoming all too common with scams and legit schemes alike. The idea of scarcity is to put the fear of missing out into people so they’ll hurry up and pay up to join.

In the case of The Job Quitter, he claims there are limited spots left, so be quick or you won’t get your hands on his top secret cash cow.

The countdown timer on his sales page refreshes back to the beginning if you refresh the page. 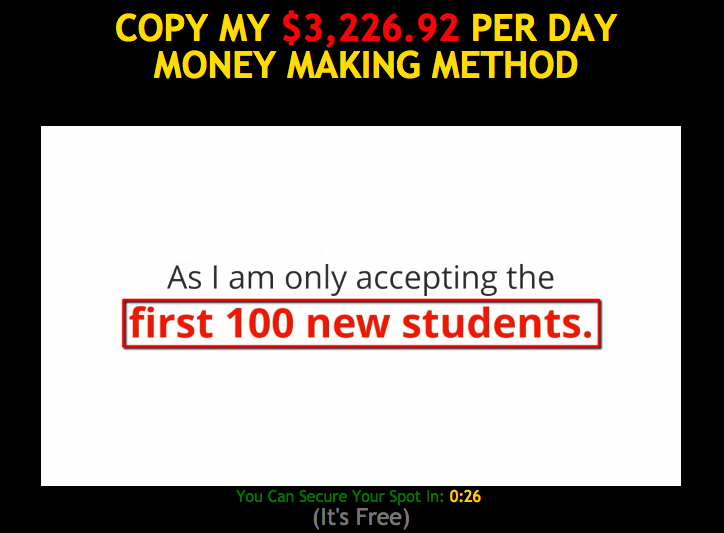 Unfortunately, many make money online schemes that are on the dodgy side or are outright scams are targeted at online newbies. This is done deliberately because people who are new to making money online are the ones most likely to jump in through a lack of experience more than anything else.

The internet is often portrayed as some magical place where people can make big money in quick time, with no work required. But that’s just a get rich quick fantasy peddled by online scammers.

Experienced online marketers and so on would see all the red flags immediately when they come across schemes like The Job Quitter System.

How Much Does The Job Quitter Cost To Join?

Richard Harper is asking for $47 to buy into a system that he claims will be making you well over $3000 a day within just one month.

I’d almost bet my life on the fact that there are a bunch of expensive upsells waiting for people once they’re on the inside. The claim will likely be made that you can’t make the promised “big bucks” until you buy all the upsells.

I would totally ignore the $500 money back promise too.

Is The Job Quitter a Scam Or Legit?

This all sounds way too good to be true.

Can I classify it as a scam?

Not exactly, because I honestly don’t know what’s behind the scenes. I certainly don’t recommend buying into it though. There are just too many red flags and too much suspicious sales hype for my liking.

Richard promotes it as a secret system that makes massive money on a daily basis, and all on autopilot. All you have to do is push a few buttons and that’s it.

There are many scam statements attached to The Job Quitter. I’m not prepared to label it a scam, but it does sound really dodgy and I would advise you not to touch it.

Give this one a wide berth.

So it turns out The Job Quitter was a bit of a dud, but that doesn’t mean you can’t make some really good money online legitimately, because you surely can.

I mentioned before that I make a fulltime income online. The way I’ve been able to achieve that is with affiliate marketing. It’s actually quite simple when you know how to do it right, and the best way to learn is by following some training that shows you how.

To get started all you really need on hand is internet access and a computer. You really don’t need much money at all to do this for a living, or even on a part-time basis. In fact, because there’s no limit on your earning potential, there’s even the possibility of making really big money as an affiliate over time.

For me, making all my money online means I get to be my own boss and experience the luxury of lifestyle freedom. It’s the true definition of the laptop lifestyle. You’ll have time and money, as well as much of your income being passive income.

So you can learn more and discover how easy it is to get started, I’ve written a complimentary make money online guide. Just hit the banner below to check it out.